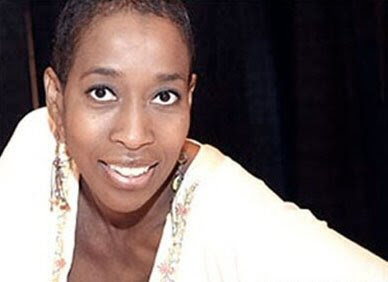 First off, I would like to thank you for taking time out of your busy schedule to grant me and blogger Muze this anticipated and sought-after interview. I think your greatest quality as a successful writer is the way that you never fail to write with such passion and conviction, qualities which I personally admire. We really appreciate your professional efforts and, as always, we wish you continued success upon your present and future endeavors.

Interview:
Of course your highly intriguing and well-written reads inspire many, many people. But what has probably been your most heartfelt and inspiring memory since you began writing books?

When I was in grade school, I read a book called "Daddy Was A Number Runner," by Louise Meriwether. It was about black folks in Harlem during the Depression with characters I could, for whatever reason, instantly relate to. And it was by a black author. Reading a story about us by an author of color made me realize that there was a place for us on the shelves amid all the books I loved by white authors and confirmed for me there was room for me as a writer.

I soon went on to read others like Richard Wright, James Baldwin, Gordon Parks, Maya Angelou, and Toni Morrison, but Meriwether's book was the key that opened the door for me. In December 2000, I was speaking at a prestigious event in New York City, only to discover that Louise Meriwether was in the audience. I was stricken---with both fear and honor---to even be in her presence.

I acknowledged her from the podium, sharing with the audience how her book had changed my life and that my new book that was soon to be out, "Child of God," had a character named in honor of one of her characters, Sukie. Ms. Meriwether was incredibly sweet and gracious. That was one of the most heartfelt moments of my career. To meet one's inspiration is a very powerful thing.

Everyone has that one book they've read which has left an everlasting impression upon their mentality. For me, it was The Outsiders by S.E. Hinton. What would you say is that one fascinating read that seems to remain embedded into your soul? Why?

Ha! I think I just answered that.


What does your blog, The LoZone, offer fellow bloggers who may be unaware that you also blog? What has been your greatest experience since you began blogging?

I'm a pretty private person. Blogging allows glimpses into my thoughts, interests, insights, and I get to interact with others about issues and non-issues of the day. It's a way to reach out to the world at large, come out of my space, albeit it just cyberly (is that even a word?), and perhaps even flex my wit a little. I have a high regard for comedy and was raised by very sharp, quick-witted people. I think some of that comes out in the way that I blog.


While reading your blog I've noticed that you have met quite a few other famous authors during your career. Can you give the readers an idea of what it was like to meet a particular few?
Most of the authors that I consider close friends came onto the scene either just before or around the same time as I, so we kind of came up in the game together. We lean on each other, vent, sound out ideas, and provide strong, genuine support for one another. I definitely consider it a blessing. I see them not just as my friends, but family.

As for meeting writers whose work I grew up reading or admired before I became published, that can be a very daunting thing, especially if it's someone who made a really big impact upon you. You sometimes don't know what to say. You sometimes say goofy things for lack of knowing what to say. The good part about it all, however, is you eventually realize they're not that much different than you, and most are very down-to-earth and welcoming.

Where do you gain inspiration for your novel characters? Is there one particular character who remains close to your heart? Perhaps one that had grown and developed more than originally intended?

Inspiration for me comes from many places. Sometimes I can notice someone passing on the street and, in that fleeting moment, something about them sparks an idea for a character. I may pull from places and people I encountered at some point in my life, or I sometimes just invent characters out of mid-air. I'm an observer of the world and pay very close attention to what's happening on the national, international, and pop culture landscape, so anything's fair game.

As for characters who remain close to my heart, there are several, so it's kind of hard to pick. There was Coolie in "Child of God," and Misty and Reesy in my "Scenes From A Sistah" series, and, ironically, Penn Hamilton, the serial killer in my last novel, "sex.lies.murder.fame."

As a successful writer I imagine there are many demands which are constantly placed upon you...by yourself, fans and publishers alike. How do you manage to remain excited and motivated throughout the overall process?

You have to be self-motivated and you have to love what you do. Even though it's creative expression, it's still business, and you have to treat it as such. The excitement, for me, comes during the creative process and in getting it out there to readers, with the hopes that they connect with the story as well.


Do you believe there's such a thing as Writers Block? If so, how do you personally overcome it?

I used to think there wasn't such a thing, until it came and introduced itself to me one day. I battled against it for months until I realized that it's actually---okay, brace yourself---a gift. I came to realize that, during the time I believed I was blocked and couldn't write, I was actually still harvesting information from the world around me and the story was gestating and ripening, not willing to come out until it was good and done. I struggled for six months to crank out a story, to no avail.

At the end of that six months, I suddenly realized I had everything I needed, after having been influenced by things on the news, people I'd seen on the street, incidents that had come up in the course of my day, all manner of seemingly insignificant things that suddenly had value. I wrote the book from start to finish in two weeks. Just like that, I was unblocked.
So yes, I now believe in Writer's Block, but I no longer see it as the enemy. I see it as the story still cooking inside of me. I still attempt to write every day, but if the story doesn't spill out, I don't get bent out of shape about it. I know it will come. Of that, I'm always sure. 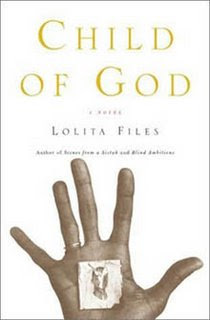 How does it make you feel when complete strangers walk up or email you and inform you about how much your extremely popular and critically-acclaimed book, Child of God, touched their hearts?

I'm always moved by it. I'm very proud of that book. It took me ten years, off and on, to complete, so knowing that those ten years invested were well-spent is both humbling...and a relief.

Describe the feeling that overcame you the very first time you walked into a bookstore and saw a book on the shelf with your name written in big bold letters? Do you feel that same way with other books you have penned?

It's too big of a feeling to even put into the words. It's the culmination of the ultimate visualization and dream. And no, the feeling never goes away. It happens with every book. It's like giving birth to a new child. You may know what it feels like, but that doesn't lessen the emotion you experience.

Lastly, would you like to share any personal advice for young and aspiring authors? Any learned secrets to writing? What is the single most important thing that they need to know about the industry?

Persistence. And knowledge of the craft. Don't just say you want to write and not know anything about the art of writing and storytelling. It requires study, just as any other serious career, like medicine or music. You can't just jump out there botching peoples' surgeries or hitting bad notes. You'll quickly be shown the door.

Learn the art. Learn the business. And don't take rejection personally. Don't let it make you give up on your dream. Take it as a chance to get better, to hone your craft, to keep going out there. Don't let a slump get you down. Lift your head up and keep charging forward, even if it's one painful step at a time. If you really feel that this is what you want to do, then do it to the bone, the right way. The write way. 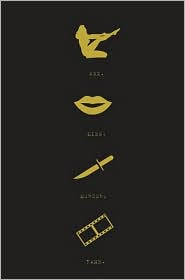 Lolita Files is currently working on her seventh and highly anticipated novel. Her recent novel, Sex.Lies.Murder.Fame., in bookstores and online. Files' novel is a satirical look at the literary and music worlds and the lengths to which people will go for fame and fortune.

For more of author Lolita Files, check out The Lo Zone, her MySpace page, and she's also on Facebook.

Minus The Bars: Table of Contents